I have my share of pure thriller novels and movies—with little to no character arc—that I have enjoyed. However, I remember stories with good character design longer than those with none. These stories become a part of us as we relate to anything and everything the character does in the story.

Isn’t it evident that we also have our character arcs? Living a mundane life and playing pretend until an “inciting incident” shoves us deep into life to leave us to figure out our birth’s purpose. We trudge along paths that we never knew, fall prey to our weaknesses, learn from them, and finally achieve our goal after shedding our old self somewhere along the way. Didn’t this sound like the plot of a character-driven story? Yes! That’s why every movie and book follow the same formulaic approach towards creating characters. We root for them because the struggles they face are the same as the ones we face. The only difference being the dramatization of it.

So, let me share a few tips on building a character with the character arc.

A character believing in a LIE about himself or the world is pushed into turmoil by an EXTERNAL FACTOR. The new situation attacks his BELIEFS, and the character responds PROACTIVELY to everything thrown at him. These trials and tribulations throughout the length of the story give NEW PERSPECTIVES. He disposes of the lie that clouds him and CHANGES FOR THE GOOD OR WORSE at the end. This breaking of the shell and realizing the truth is the essence of a great character arc.

It has pretty much summed up all the elements you need for creating character arcs. But, before you start plotting it, know their types.

You may also like: HOW TO WRITE DIALOGUES THAT WORK!

You may be overwhelmed by the number of different names each character arc has across writing guides, blog posts, and videos. But, it all comes down to these three:

Now let’s see all of them in detail.

A character on the road towards a positive change is most common in stories. This type of arc resonates better with the audience.

You see a character in his mundane job go through his ordinary life with no challenges to pull the floor from under his feet (at least for some time in the beginning).

One fine morning, an EXTERNAL factor breaks into his house and changes his life forever. Everything is downhill from here. The character tries to go back to his old life but fails. So he unwillingly takes the new road. But the path is no good. Thorns and vicious traps hinder their progress.

Somewhere in the end, when all hope seems to be lost, he learns a truth about himself, and that epiphany makes him a winner.

This change is POSITIVE.

For example, one of my favorite positive character arc examples is of Bilbo Baggins from The Hobbit. He is timid and spends most of his time in a comfort zone (very much like us). But, Gandalf is the external factor that changes his life. As the story progresses, Bilbo learns more about himself and has positive changes in the end.

Sometimes, a character never changes throughout the story. It is normal to have a flat design character arc. But, do not confuse this with a bland character.

A protagonist with a flat arc is void of any epiphany or change. The events of the story question their beliefs throughout but, they would not give into it. These characters act as a medium through which all the elements play out for the most part. They may affect the secondary characters around them but, they NEVER change.

Sherlock Holmes has a perfect flat character arc design. He does not have any solid want or a need to fulfill. He lays on his couch while cases fall into his lap, and all he does is going about solving crimes. This act is not driven by any unfulfilled need or want nor in a quest to achieve a purpose.

You may also like 7 (PRACTICAL) TIPS ON HOW TO WRITE A SHORT STORY UNDER 1000 WORDS.

Do you remember Walter White from Breaking Bad? Or Light Yagami from Death Note? They are the best character arcs that end at the peak of their madness. As the story moves on, their dark side gets darker. They change beyond the point of recognition.

The rise (or should I say fall?) of Walter White from being an ailing patient to a kingpin is something that takes an extraordinary amount of skill to pull off.

You must be very careful while making characters with a negative arc. If you go overboard, you may be conveying something that’s absurdly immoral to society.

Well, this post would have introduced you to the basics of a character arc. We will look more into this in detail in the upcoming blog posts. In the meantime, why not sketch out a rough character arc for your protagonist? We may even start with that draft and try to do a character design from the ground up.

If you want an example of writing a character with a positive character arc, you may go ahead and try my 60-page short story, THE CROSS I BEAR – A tale of redemption for sins of the past. 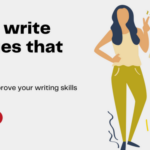 HOW TO WRITE DIALOGUES THAT WORK!

I am Aravindhan , an aspiring writer, lyricist and poet obsessed with writing.
This website will provide the readers with good content both in Tamil and English.